Heron Maps specialise in the mapping of the Inland Waterways of Britain. Founded in 2010, the first publications in our Waterways Series were maps of the The Broads and The Kennet & Avon Canal. Our maps feature an exaggerated depiction of the main waterway with a corridor of surrounding detail, usually at 1:50000 scale, showing waterway related information such as locks, moorings, boatyards, facilities and the all important waterside pubs. As well as visitor information including places and features of interest, paths, national cycle routes and amenities. Visit our individual map pages to be able to see map extracts.

For 2020 we are publishing a new and fully revised edition of our hugely popular map of the Llangollen and Montgomery Canals.

In addition to the waterways maps we continue to publish some of the long established and hugely popular Rambling For Pleasure series of short walks books. Along The Thames, is the latest title, featuring 24 short country walks between Runnymede and Sonning. This joins East Berkshire which is a practical guide to over 125 miles of easy walking within 24 mainly circular walks across the eastern side of the Royal County.

The Rambling For Pleasure series is complimented with the publication of a fully revised and redesigned edition of the Three Castles Path, a detailed guide to the 60 mile long distance path from Windsor to Winchester. The idea for this route was inspired by the well documented 13th century journeys of King John between Windsor Castle and Winchester, via the castle he built near Odiham.

Our Birmingham Greenways map gives a different perspective to Birmingham, the Black Country and Solihull. It features 150 miles of traffic free walking and cycling paths along canals, rivers, and through the 8000 acres of parks of the Birmingham plateau.

Alongside our Waterways Series is the Official Milton Keynes Atlas, a large scale atlas of one of the country's newest cities. 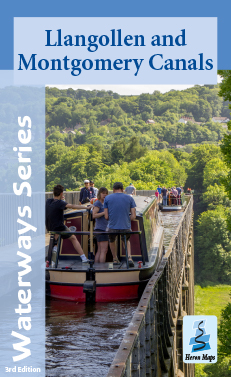